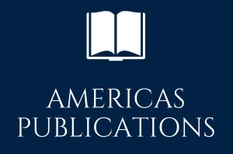 The Bearded Marvel - A True Life Story of my Nonno, an American WWII Hero!

A Golden Gloves champion hailing from Pittsburgh, Pennsylvania, “Tebers” Swidarski was a scrappy and hardworking young man who dreamed of becoming a professional boxer. His dream was put on hold when World War II broke out, and he was quickly thrust into serving his country, grateful to be a part of the Army Air Corps where he would be a part of a B-24 bomber squadron.

“But then there was an attack on America, and World War II was declared. Our family was very poor, so I knew I would be enlisting in the military. You see, my parents were immigrants from

Ukraine. They migrated here for the freedom and opportunity America offered. So, my brother and I knew it would be up to us to protect those liberties we all cherished."